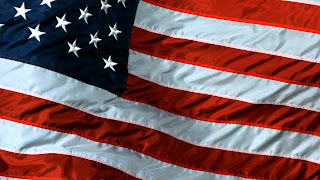 The current US presidential campaign debate on Middle East policy has focused disproportionately on the US response to the Islamic State (ISIS or IS). This series will focus instead on five alternative Middle East policy challenges facing the next president. Each post below has been originally published at LobeLog.

1. Promised Democracy: The Future of Iraq

3. Bilateral Complicity: The Next US President and Egypt

5. Public Health as Foreign Policy: Trauma in the Arab World

Posted by Unknown at 5:06 PM No comments:

Amid an election full of outlandish statements, Twitter spats and ad hominem accusations, many important problems facing America have failed to grace headlines. I address five of them in a series on Fair Observer:

1. The Harm of Judicial Elections in America

2. Suspicion in America: Creating a Problem for a Solution

4. Continuing Opacity: Surveillance Under the Next Administration

5. The Fairytale of America and its Lost Civic Ideals

There are two major issues underlying the dialogue surrounding Colin Kaepernick’s decision to remain seated during the national anthem: 1. Race and 2. Symbolism.

I can't count how many times I've heard Asian Americans asked, ‘OK, but where are you REALLY from?”, when their family has lived in the US longer than mine has. Or heard fans of Mexican soccer criticized for a lack of patriotism in a venomous way that fans of European soccer are not. Remember when even elected officials questioned the American-ness of a US-born black presidential candidate, but uttered nothing about his white opponent who was actually born abroad? Or perhaps when a former president suggested administering loyalty tests to Muslim Americans.

In our society, if you aren't an English-speaking white Christian, you have the burden of proof to show your American-ness.

2. Americans are fiercely protective over our symbols: the flag, the Constitution, the pledge of allegiance, the national anthem. Our Founders are held as not wealthy aristocrats who bright and ambitious, but prophets, bestowing upon us words and ideals beyond the tampering of mere mortals. We have been uniquely hesitant to modify our Highest Law, having only done so on 18 occasions since 1787. While others insult America and its military, like Donald Trump, they are careful to not deviate from reverence of national symbolism. When any public figure denies the sanctity of these symbols, they face quick reproach from many corners.

Both of these issues are symptoms of the same sickness: insecurity. Americans are insecure about what it means to be American. Like a paranoid lover, we desire uncritical loyalty. Like a worried child we clench tight the words of our Founders as though they are the strands of our safety blanket.

This insecurity is at least partly caused by the many Americans who provide demographics as the identity of American-ness: Anglophone, white, Christian. And as those demographics dwindle, anxiety rises. Unfortunately for them, demographics are transient; human migration is the most stable truth of our short history.

As Americans continue to react to the contemporary model of globalization—which has temporally trailed reactions in the Middle East, Asia, and Europe—our collective identity must be more resilient than demographics and more flexible than worship of parchment from a horse and buggy generation.
Posted by Unknown at 10:35 AM 1 comment: